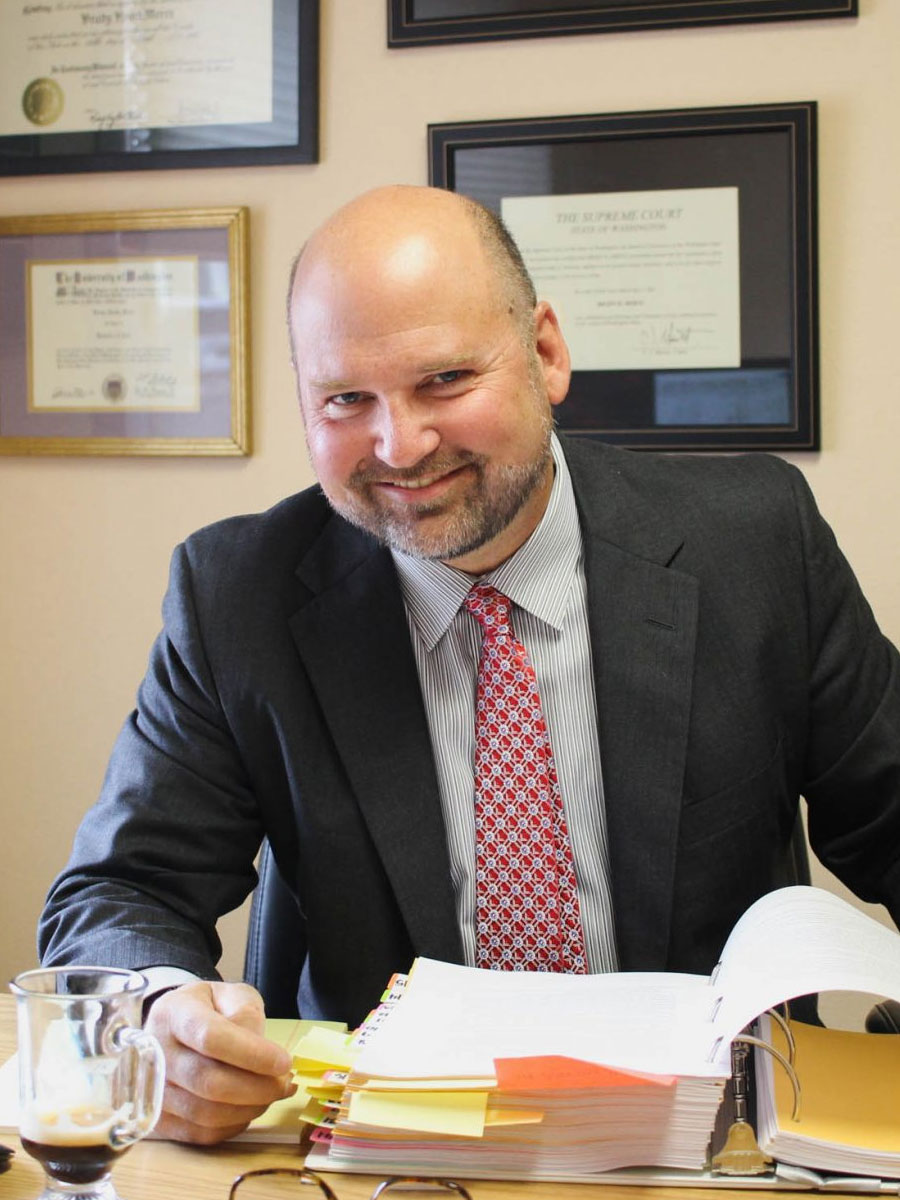 Before he became a Salem, Oregon attorney for auto accidents and wrongful death cases, Brady grew up in Aberdeen, Washington. He attended Weatherwax (Aberdeen) High School and graduated in 1985. After High School, he attended the University of Washington, graduating in 1990 with a BA in Economics. He moved to Salem, Oregon in 1993 to attend Willamette University College of Law from 1993 to 1996. He started practicing law in 1997 and opened his own firm on January 1, 2001. Brady sought to be an attorney in Salem because he was sympathetic, empathetic, careful, thoughtful and wanted to make a living helping others.

Brady is a father of two girls who he enjoys very much. He spends time hiking, motorcycle riding, traveling, and spending time with family and friends.

Brady attended the University of Washington and graduated with a degree in Economics in 1990. Brady is a graduate of Willamette University College of Law (1996) and is presently licensed to practice law in Oregon, Washington State, and in Federal Court in Oregon, and the 9th Circuit Court of Appeals.